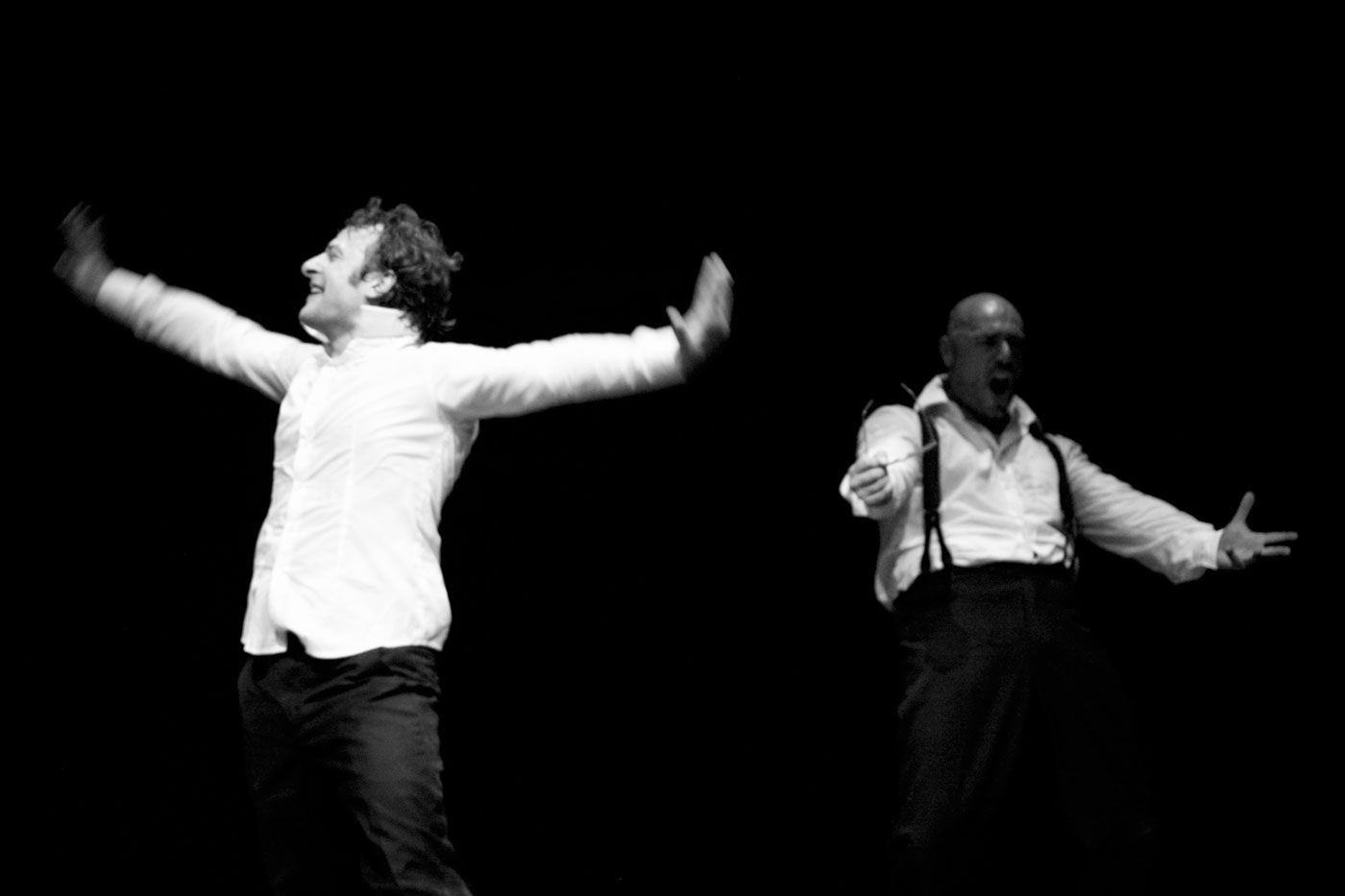 freely inspired by only one of “Memories from underground” of F. Dostoevskij

Two men come cross each other. They look at each other, they notice.
One of them will be obsessed with that look and with big difficulty will get rid of it.
The other will pass over it. Like a trifle. Like nothing.
Two men come cross each other. They look and notice each other near a diving board of a well-known swimming pool. One will throw himself, with a legendary grace and shameless cheekiness. He will perform in a series of pirouettes, indicating a skill that goes far beyond athletics. The other, unable to jump, torn by an emptiness he can perceive only by hearsay, looks for a courage that never comes.
The two men don’t talk. But they can communicate. They don’t know each other. But their gestures can talk to each other. They provide their names. They shouldn’t see each other again. They should never have met. Instead, the obsession arises, the nightmare, perhaps the madness. One walks and the other follows, with the cathartic but never realized desire to be, for once, chased, envied and appreciated .
So, in the rewriting and in the work on the scene, we imagined Dostoevsky’s Subsoil and the Officer. Two places characterize them: the swimming pool – the place of the backstory, of the triggering of the obsession – and the road. Victim and oppressor of himself, the Subsoil, attracted by the figure of the Officer, who doesn’t even notice his existence, will start a quixotic pursuit and will devise a one man show revenge: the shoulder push.
Therefore, on the street, he tries to be like the Officer, like the others and to face his discomfort, his exclusion head on, or rather to face it by a shoulder push. He desperately tries. But to try is not to be. The street is the moment of the walk, of the life that flows, of the passers-by who live in it, who have it even if just for an afternoon. Two white parallel lines delimit the street. Being inside of these lines means being in a painting, a painting of people in a hurry, shopping, eating ice cream, watching, sitting on a bench … a painting of people coming and going, but rarely stopping. Out of the street there is another world, beyond the white line there are the stores where you can shop during the day, there are the houses of people who illuminate the street from their windows even at night, and at night, past the street, there are whores, everyone’s women, even those who can’t get one.
The subsoil doesn’t live anywhere. It is not on the street. It is not out of the street. The street lights at night seem to illuminate it as an anomaly, the most grotesque one, an indecent and bizarre anomaly. 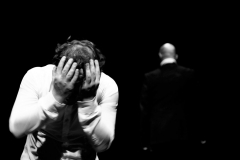 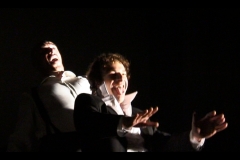 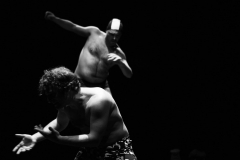 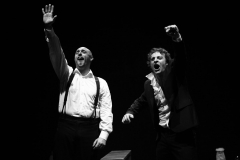 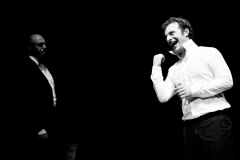 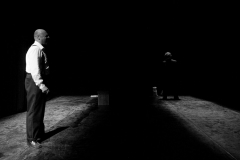 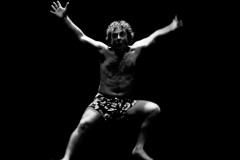 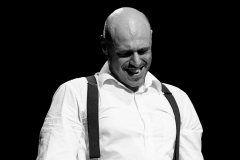 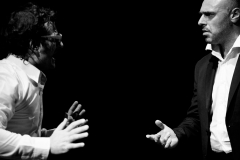 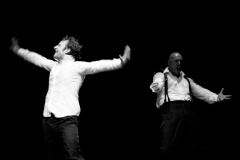 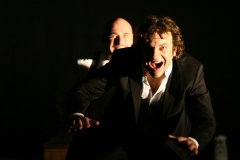 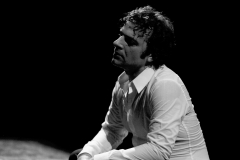 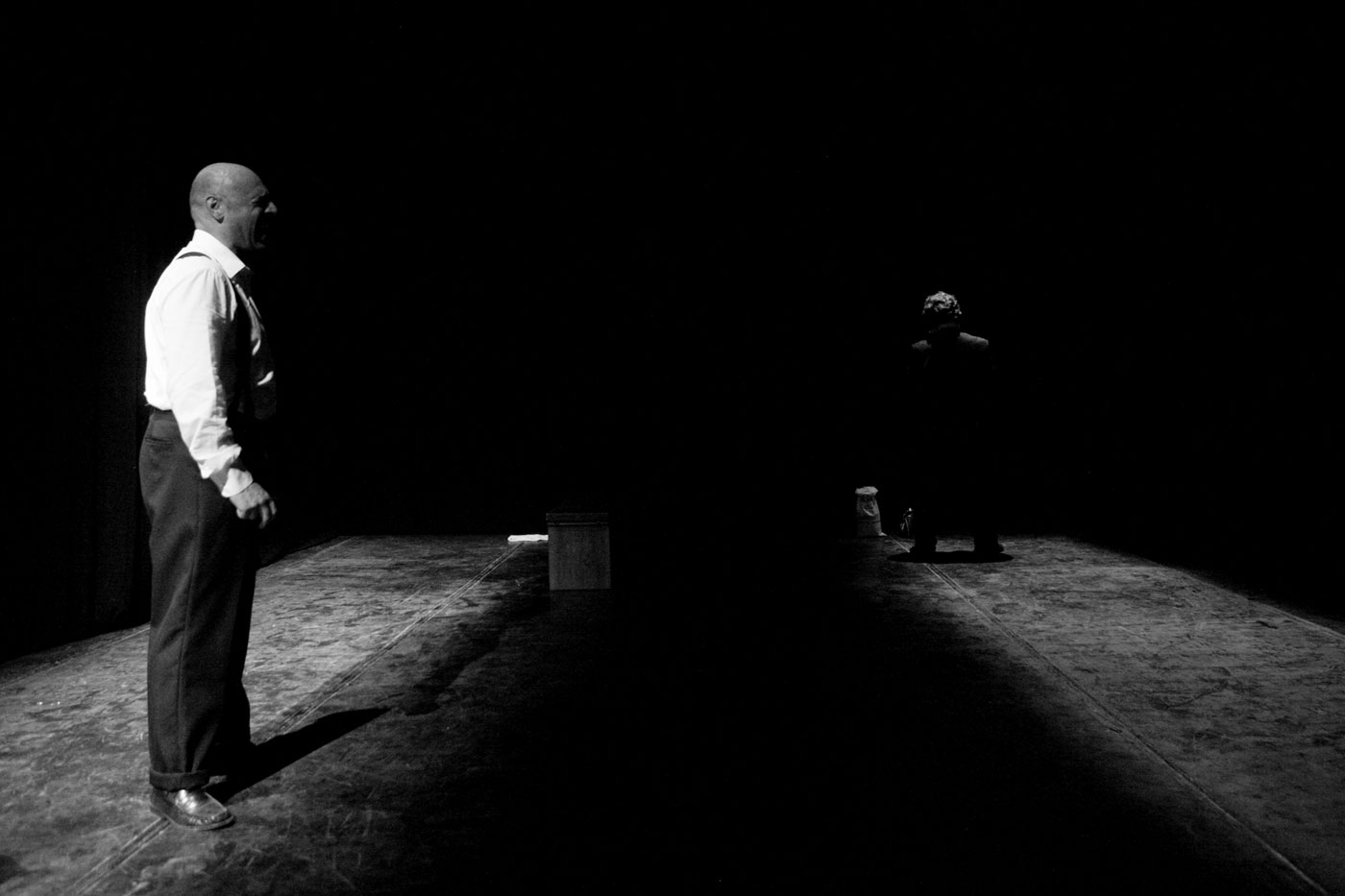